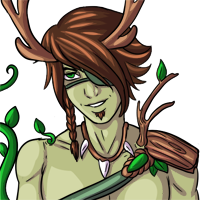 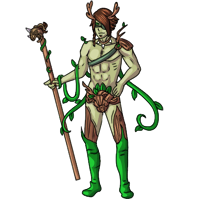 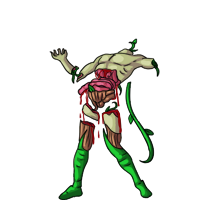 Inspired by the ongoing growth of pestilent weeds in his yard, the Toymaker crafted a Leshen, a mythical beast known for its sharp claws and antlers.

However, this Leshen has been crafted to take the appearance of a handsome man, allowing it to blend in seamlessly with the surrounding residents of the Moonlit Graveyard.

Wielding a staff, he uses his mythical abilities to protect and support other monsters. It is a powerful ally in battle, using its magic to shield its companions and enhance their abilities.

Soul Puppets Eggs are unlocked via the means listed here and acquirable from Dungeons, Breeding and NPC Shops.